How Tech Salaries Have Changed In The Era Of Coronavirus 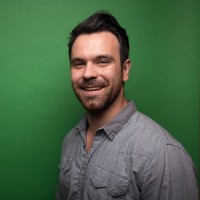 The coronavirus pandemic has affected not only the way we live but the way we work. While companies put their efforts into adapting to the “new normal”, remote work has become the new standard. Nowadays, most employees work from home since several countries implemented restrictions in order to stop the virus from spreading.

In the last decade, tech salaries have grown consistently year after year, and in 2020, they’ve been significantly affected by Covid-19. If you seek to understand better how wages have changed in the tech market, this article will provide you with everything you need to know.

Remote work has proven to increase workers’ job satisfaction as well as companies’ productivity. For employees, having an excellent work-life balance is essential. In that case, many organizations have gone further to help improve their wellbeing. Working from home allows individuals to spend time with their loved ones, pursue passions, and create their own schedules. During the pandemic, several organizations offered schedule flexibility to engage and meet qualified workers’ requirements.

According to Hired’s 2020 State of Salaries Report, half of the tech employees would prefer to work from the office only one or two days a week. Also, a third of surveyed individuals would want to get a remote position regardless of their location. Covid-19 and remote work are transforming the future of work, and meeting workers’ needs has become a struggle for employers. However, it won’t be a barrier if employers are more flexible and embrace a new working style.

Since most tech professionals are able to work from anyplace, many have thought about relocating and keeping the same salary. Just imagine having a San Francisco salary but living in a city with a lower cost of living like Denver. It may become a reality for some workers. Still, big tech companies like Facebook have already taken action and have implemented location-based philosophies. In other words, if you are a software engineer working in San Francisco, and you plan to relocate, your salary will be adjusted depending on your current location.

Remote work enables organizations to hire workers from anywhere in the world. Hence, they can diversify lot more. Also, online coding bootcamps are going overseas, and tech talent outside the US is real. To reduce costs, Silicon Valley giants are thinking about hiring international workers, and US employees may experience a pay cut.

Although offering remote positions allow organizations to diversify, Hired’s report shows that existing equity and inclusion initiatives have not made a meaningful impact. There’s still a substantial gap between salaries offered to white professionals and their Hispanic and Black counterparts. According to Hired’s 2020 State of Wage Inequality, there’s also a wage gap depending on gender. Salaries offered to female tech professionals are lower than salaries provided to male employees with the same job title and skills. In fact, 60 percent of women found that they were paid less than their male counterparts in the same role.

Pay Raises Only for Some

According to Hired’s 2020 State of Wage Inequality report, when it’s about asking for a pay raise, 72 percent of surveyed women found it stressful. After realizing they were paid less, 83 percent of female candidates took action and negotiated a raise. Still, only 50 percent received a pay increase. These kinds of issues have created even an expectation gap not only depending on gender but about race. For example, in 2020, 65 percent of the time, women ask for lower salaries than men. Also, Black and Hispanic professionals’ expectations are significantly lower than their white counterparts.

In general, remote work has been beneficial for the company and employees in the tech industry. Still, there’s a long road to go to achieve salary equity and transparency in the workplace. Many organizations are already taking action to implement better philosophies and create a better workplace. Covid-19 has shown that the tech market will continue to grow as well as offered salaries. Hence, visiting websites like Career Karma is an excellent choice to look for a coding bootcamp that allows you to get skilled and stay relevant.

Explore my projects below: